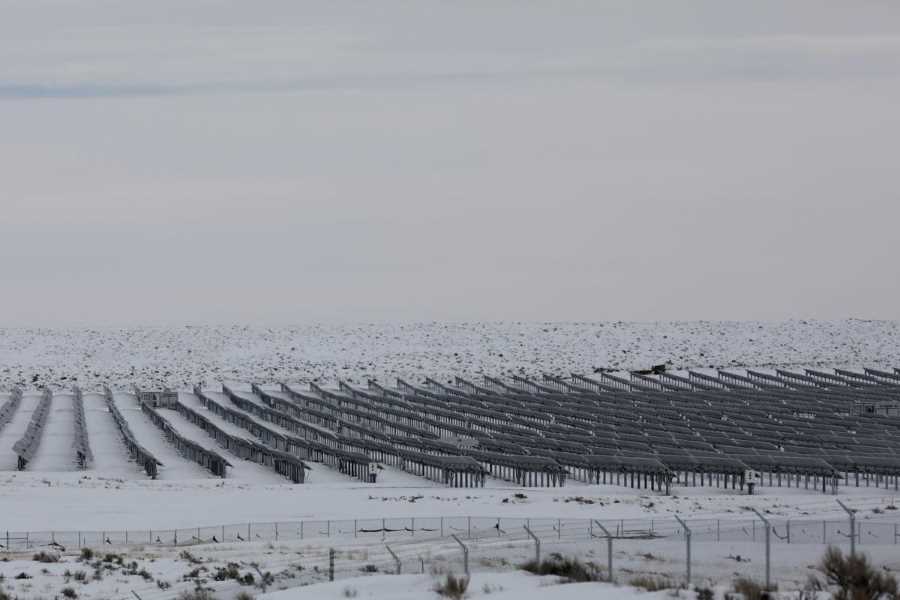 An 1,100-acre solar project slated for Baker secured a contract Wednesday to sell power to Basin Electric Power Cooperative and its Montana members.

Cabin Creek Solar Project will be the largest of its kind in Montana. Under the purchase power agreement, it will supply power to the co-ops for 15 years. The life of the project is 35 years.

“This is a project that will be in the ground for 35 years and will be increasing the tax base of the county and also providing employment,” McKee said.

The Cabin Creek Solar Project will be the largest renewable energy project of any kind in Montana for Basin, which emphasized that the project, large enough to power 30,000 homes, will eliminate 265,000 tons of carbon dioxide per year from the cooperatives’ portfolio.

Cabin Creek isn’t Clénera’s only Montana project. Last year, the company announced it would build a 160-megawatt solar project north of Dillon. That 1,300-acre development, Apex Solar Project, would be Montana’s largest solar development, but the company has yet to come to terms on pricing with would-be buyer NorthWestern Energy. The goal is to bring Apex Solar on line by the end of 2021.

Clénera has other Montana projects in early development, McKee said. The company has 1.7 gigawatts of solar power in production, or construction in seven states, including Wyoming, where Sweetwater Solar became that state's first major solar array, at 700 acres, in 2018.