Clēnera’s Techren II - The Second Stage of One of the Largest Solar Parks in the U.S. - Begins Operations 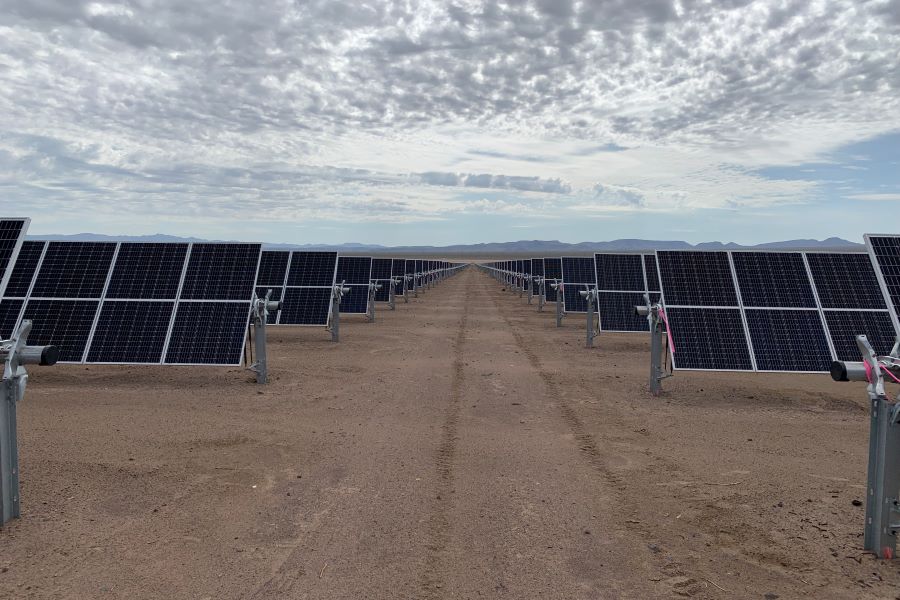 Boise, Idaho - October 4, 2019 - Clēnera’s Techren II is complete and fully operational. Techren II, the second of five stages of the Techren Solar Park, is located in Eldorado Valley, Southern Nevada on over 1,000 acres of land.

Nevada has been deemed the fourth-largest solar state in the United States, and Techren II just further adds to Nevada’s growing solar market.

Once fully operational, the Techren Solar Park will be one of the largest projects in the U.S., with the five plants totaling over 500 MW. Employing the most innovative technology and utilizing the highest quality materials and products, Techren II features advanced central inverters supplied by Sungrow, LONGi Solar and Canadian Solar’s bifacial solar modules, and solar trackers from NEXTracker that can withstand wind speeds of 115 mph.

Establishing critical partnerships with these technology providers, Swinerton, and NV Energy allows Clēnera to enhance the solar yields and output of this project. In achieving a higher energy conversion efficiency, Techren II will have the capability of supplying 572 GWh of solar power each year to 48,000 households and offsetting nearly 323,000 tons of CO2 annually - the equivalent to removing 66,311 cars from the road.

Echoing the thoughts of all involved with this project, the president of Sungrow PV, Jack Gu,  said “We take pride in being a part of the 200-MW solar project and we are pleased to bring clean energy to the great state of Nevada,” in a news release. “The North American solar market is vital and full of opportunities and we are dedicated to providing excellent products and solutions from coast to coast as we charge toward a brighter future.”

With the help of Techren II, NV Energy plans to double renewable energy commitments by 2023 and diversify Nevada’s energy mix. NV Energy has also entered into a 25-year power purchase agreement with Apple, with 5 MW being designated to NV Energy’s Subscription Solar program. This designation provides NV Energy customers with 100 KWh blocks of solar energy at a reduced cost.

"Earlier this year we made a promise to our customers that we would double our renewable energy by 2023 and today's decision puts us closer to reaching that goal, as well as to our long-term commitment to serve them with 100 percent renewable energy," said Doug Cannon, NV Energy President, referencing investments in new solar projects - the Techren Solar Park among these investments.

Sungrow Power Supply Co., Ltd ("Sungrow") is the world’s most bankable inverter brand with over 87 GW installed worldwide as of June 2019. Founded in 1997 by University Professor Cao Renxian, Sungrow is a leader in the research and development of solar inverters, with the largest dedicated R&D team in the industry and a broad product portfolio offering PV inverter solutions and energy storage systems for utility-scale, commercial, and residential applications, as well as internationally recognized floating PV plant solutions. With a strong 22-year track record in the PV space, Sungrow products power installations in over 60 countries, maintaining a worldwide market share of over 15%. Learn more about Sungrow by visiting www.sungrowpower.com.

NV Energy provides a wide range of energy services to more than 1.4 million customers throughout Nevada and more than 50 million tourists annually. NV Energy, Inc. is a holding company whose principal subsidiaries, Nevada Power Company and Sierra Pacific Power Company, do business as NV Energy. NV Energy is headquartered in Las Vegas, Nevada. Information about NV Energy is available on the company's website, Twitter, Facebook and YouTube pages, which can be accessed via nvenergy.com.