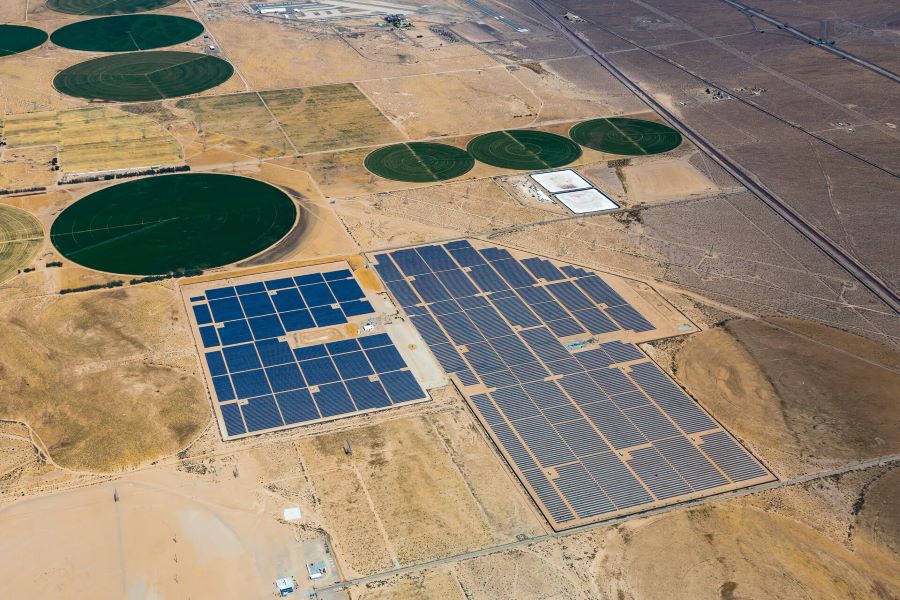 Boise, Idaho - June 28, 2017 - Clēnera’s Sunray Energy solar project has entered operations and replaced the previous Daggett, California solar facility in San Bernardino County known as Solar One and Solar Two. The Sunray Energy solar project serves as a re-modernization of the former solar facility, built in 1984, that generated solar thermal electricity through the use of thousands of parabolic mirrors that tracked the sun and focused the solar rays on a single axis to produce heat.

Solar One and Solar Two were among the first large-scale solar projects, pioneering solar technology such as energy storage and tracking systems. The equipment used for both projects was at the end of its life, therefore showing the need to be replaced.

Sunray Energy, located on over 300 acres of existing solar plants, was completed in two phases. The two phases have a combined 44.13 MWdc, which is enough clean energy to power 11,000 homes and avoid over 186 million pounds of CO2.

Sunray Energy 2 and Sunray Energy 3, completed June 23, 2017 and June 28, 2017, respectively, feature more than 131,000 modules supplied by Hanwha that are located on ATI single axis trackers running north and south across the land. Both phases were constructed by Swinerton Renewable Energy.

Sunray Energy will have less of an impact on the land compared to the previous solar facility since the water usage will be reduced and it will not require the heat transfer fluid that was used to produce steam at the former facility, which eliminates the need for cooling towers, evaporation ponds, and land treatment units. Additionally, Sunray Energy will not produce any direct greenhouse gas versus the previous facility that produced 10,000 metric tons.

“At Clēnera, we are proud to be part of this transformation. Providing clean energy in an affordable, efficient way is our ultimate goal,” said Clēnera’s Chief Operating Officer, Adam Pishl. “Using our breakthrough technology and network of partners, Sunray Energy was able to begin immediately bringing power to the residents of San Bernardino County.”