By:
City of Palo Alto 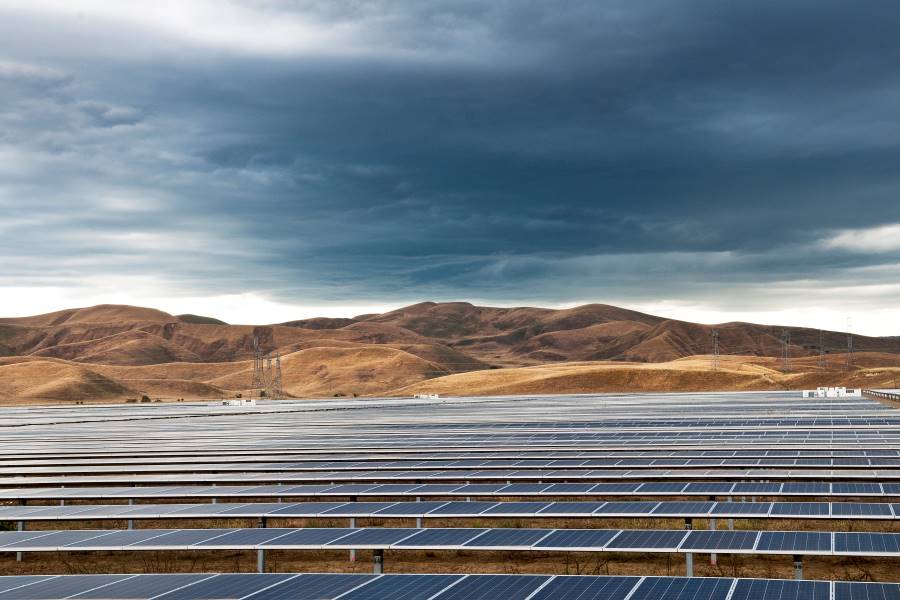 The Frontier Solar project is the third of the City’s large-scale solar projects to come on-line. The Frontier Solar project, situated on approximately 220 acres of low-productivity farmland near Crows Landing in Stanislaus County, will supply Palo Alto with solar energy for 30 years. The plant features approximately 87,000 solar panels, mounted on single axis trackers, which follow the sun’s movement to maximize the amount of energy the plant generates. It is expected to produce enough output to supply at least five percent of the City’s annual electricity needs.

“Palo Alto has a long history of pursuing renewable resources, and our municipal utility is on track to exceed a 50 percent Renewable Portfolio Standard level by 2017,” said Ed Shikada, Assistant City Manager and Interim Utilities Director. “The City was recently recognized by the Smart Electric Power Alliance (SEPA) last year for having installed the third-largest amount of solar capacity per customer of all utilities in the country. The successful startup of the Frontier Solar project signifies that Palo Alto will continue to lead the way in providing sustainable, low-cost electricity supplies to its customers.”

The City has more than 150 MW of solar power commitments throughout California, including the Frontier Solar Project. By the end of 2016, two additional large solar projects are expected to be on-line, at which point solar energy will supply about one-third of Palo Alto’s total electricity needs on an annual basis.

The City’s electricity supply has been 100 percent carbon neutral since 2013 when the City signed long-term contracts for clean energy resources, including solar, wind, hydroelectric generation and renewable gas from landfills. And yet the City’s utility rates have remained extremely competitive with surrounding areas.

At the Frontier Solar site, sheep graze on vegetation and find shade beneath the solar panel arrays. This natural vegetation management method helps keep weeds and grasses from growing over and shading the panels. The farmer who owns the land benefits from being able to lease hundreds of acres of farmland that is otherwise unviable for crop production. “The partnership is a win-win for all parties involved, including utility customers who can have the satisfaction of knowing the power they use is clean, renewable and low cost,” added Shikada.