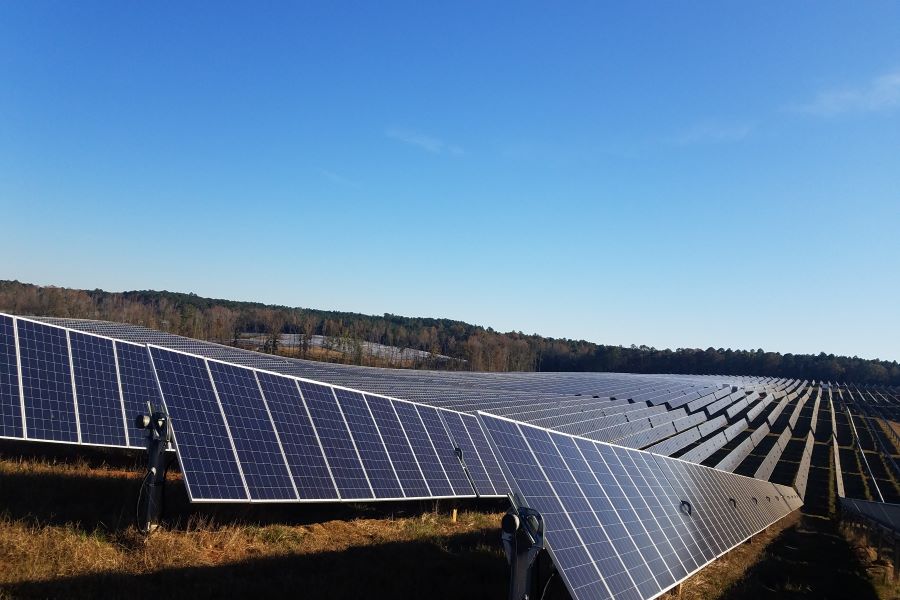 Amid the rolling hills and farmers' fields of Chambers County near LaFayette, Ala., a new crop
has emerged to dominate the landscape: solar energy.

‍
The project was first announced as a 72-megawatt facility and is sometimes still described that
way, but the facility has an actual capacity of 79.2 megawatts, according to Kevin Winchell, field
service manager for Clēnera, which will operate the facility.

‍
That appears to make it the largest solar facility in the state, generating enough energy to power
more than 18,000 homes according to the Clēnera web site.

‍
"At Clēnera we believe in supporting local communities and are committed to providing clean
energy at the lowest possible cost to consumers and businesses throughout the country,"
Michael Gallego, vice president of Operations for Clēnera said in a news release.

"We appreciate the support of the AL Solar A project by Alabama Power, as well as the local
suppliers, vendors, businesses and industries in Alabama who have been exceptional to work
with."